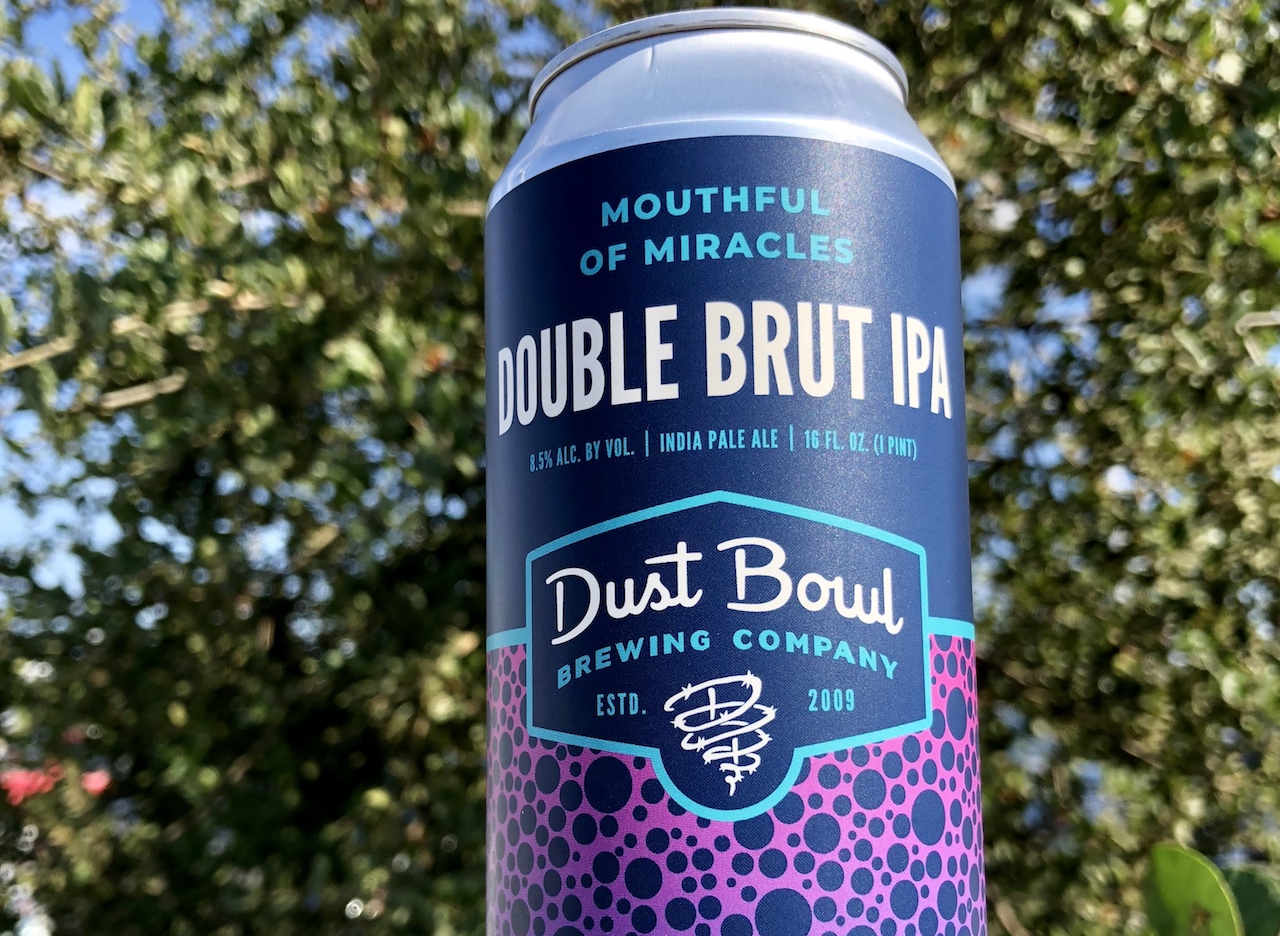 “For our first release of a canned Brut IPA, we chose to take it to the imperial end of the style,” shares Don Oliver, Brewmaster. “At 8.5% alcohol, it still has a very dry finish and a crisp hop note with grapefruit and passionfruit up front.”

With Brut IPAs trending, the timing was welcomed by Dust Bowl Brewing Co.’s wholesaler network. According to Founder and Owner, Brett Tate, “Mouthful of Miracles is just a glimpse of what’s ahead for us. Now that we are settled into our new brewery, we are able to manage growing production of our core brands while being nimble in the specialty category. This keeps the portfolio interesting to our distributors and consumers alike.”

Dust Bowl Brewing Co. beers may be found throughout Central and Northern California, including the San Francisco Bay Area and Sacramento region, parts of Southern California, Nevada and Oklahoma.

Dust Bowl Brewing Co. produced its first beer in May 2009. The company is owned by Brett and Karen Tate and Brett and Camy Honoré, who became the Tate’s business partners in 2011. The company built and moved its production to a 30,000 sq. ft. brewery and taproom, located in Turlock, California, in June 2016. Dust Bowl Brewing Co. beers are available in 5 and 15.5 gallon kegs along with selected styles in 22 oz. and 12 oz. bottles and 16 oz. and 12 oz. cans. Distribution includes Central and Northern California, Nevada and Oklahoma. The craft brewery showcases a wide variety of its beers at its two Turlock, California taproom locations, the Brewery Taproom and the Downtown Taproom. More

information may be found at www.dustbowlbrewing.com.